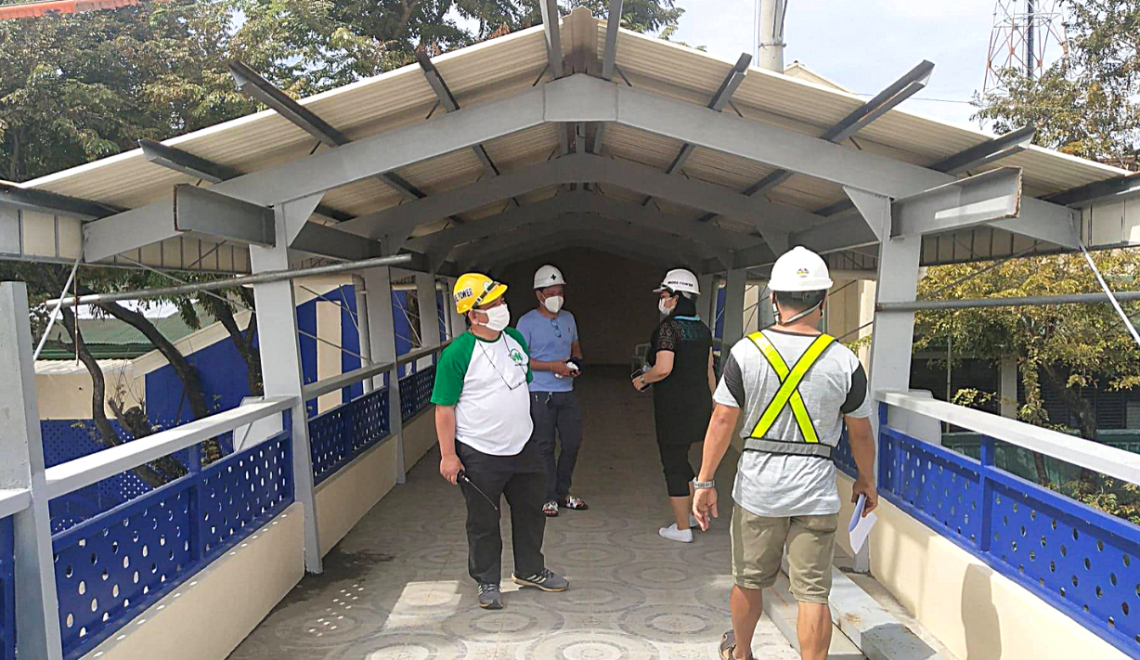 A request ignored by PECO for two years became a top priority for MORE Power, which promptly acted on it last Sunday.

MORE installed an intermediate pole in order to clear, as per the school’s request, an overpass bridge that crosses the highway and links their two campuses. “They had been requesting PECO non-stop for this work to be done for years but it remained a problem until we came along,” said Engr. Paterno Cabangisan, MORE Power’s Head of Transmission Lines.

Meanwhile, officials of the said university were overjoyed to see MORE Power workers relocate the 69kV line to an 80-foot intermediate pole put up in the area.

“It entailed a little inconvenience on the part of our consumers—our apologies–but the safety of ISAT-U students is imperative. And we had to do this on the least interruptive day. Buti na lang [It’s a good thing] the consumers understood why this had to be done,” Castro said. 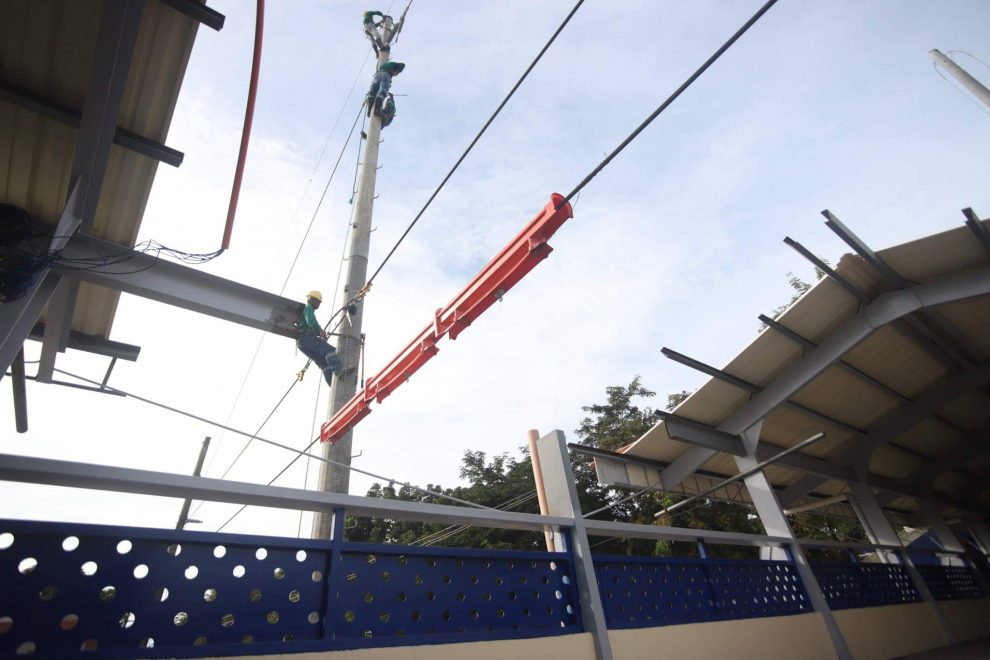 For two years the construction of an overpass linking the two campuses of Iloilo Science and Technology University (ISAT-U) in La Paz district was put on hold, waiting for a 69kV line to be relocated by PECO.

But while the request was never granted by the former Iloilo City power distributor, the relocation of the high-voltage wires to a higher electric post was completed by engineers and linemen of MORE Power last Sunday, a day dedicated to corrective and preventive maintenance works at the Mandurriao Substation.

No less than MORE Power president Roel Castro, together with ISAT-U officials, supervised the relocation of the 69kV line that took them about six hours.

“Actually, the entire University is very happy. Construction of the skywalk started in 2017 but had to stop the next year because of the 69kV line. We requested PECO to help us relocate the line, but they did nothing. Now we are extremely glad that this was carried out with the help of MORE Power. We are all looking forward to the completion of this project very soon,” averred Engr. Gabriel Salistre, Jr., VP for Administration and Finance of the university.

“I am very, very happy that after two long years, it’s finally done. At long last, we can proceed with our overpass project,” said an elated Russ Allen Napud, ISAT-U Director for Planning Development and Auxiliary Services.

“On behalf of the University, we would like to say ‘thank you’ from the bottom of our hearts to MORE Power for realizing the transfer of that 69kV line to a much safer place. Now, there’s nothing that prevents us from completing the overpass,” added Napud. 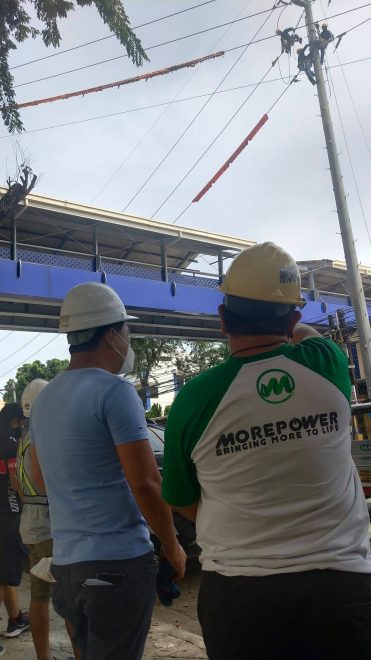 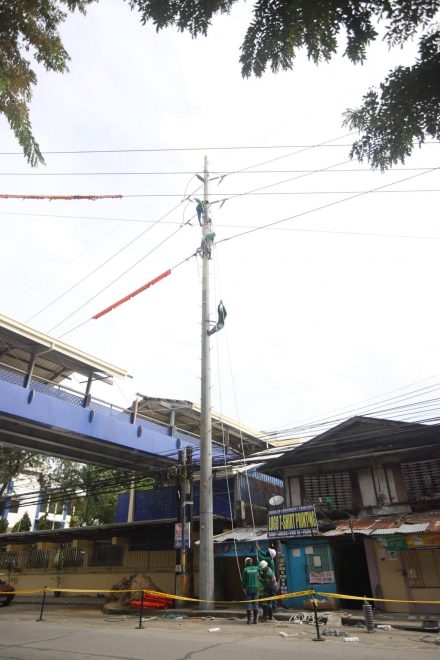 In an earlier interview, ISAT-U president Dr. Raul Muyong expressed his gratitude to MORE Power president Roel Castro for acting on the problem with speed.

“In fact, MORE Power visited the site as soon as they received our request to evaluate the situation. They also promptly submitted a proposal to correct the problem, which we agreed with,” he said.

“We are grateful because it will now be very easy for us to access the other side of the campus,” he said.
Muyong recalled that MORE Power’s quick action was a far cry from what PECO did when the problem was brought to the attention of the former utility distributor.

“We had formal communications with PECO and even signed a certificate of undertaking with them regarding the problem. We also solicited the help of local officials to help us appeal to PECO to address our concerns, but all those requests fell on deaf ears,” he noted.

He added that the school ended up purchasing high voltage conductor covers to ensure the safety of the personnel working on the access route while they were waiting for PECO to no avail.

Once completed, the access route for the two campuses will be a big help to students, teachers, stakeholders, and officials, providing them with a much safer and more convenient access between the two campus sites.