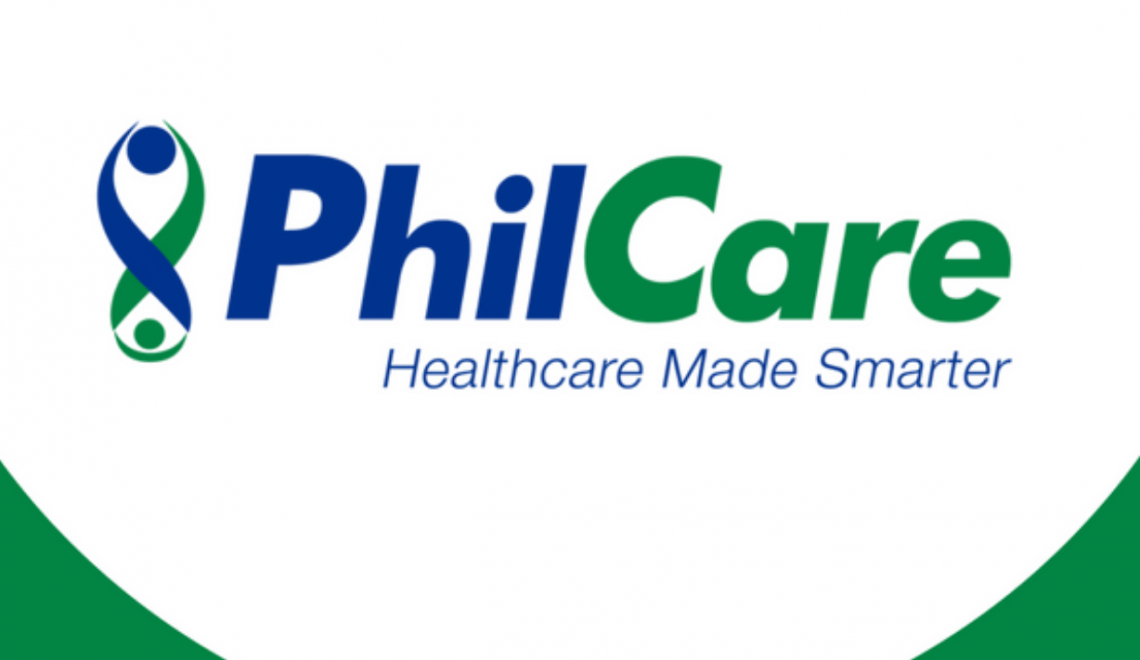 ILOILO CITY – Ilonggos could be the Filipinos’ role model when it comes to preparing for medical emergencies. PhilCare Study 2019 by Dr. Fernando Paragas, lead researcher and associate professor of Communication Research, College of Mass Communication of University of the Philippines Diliman, shows that Iloilo topped the medical wellness domain nationwide with a score of 2.61 or “good” followed by Bacolod (2.84); Legazpi (2.97); Cebu (3.12); San Fernando City, La Union (3.16), and Pili, Camarines Sur (3.16), all of which are “somewhat good.” These scores are much better compared to the nationwide average of 4.02, which is classified as “neither good nor bad.”

Researchers of the 2nd PhilCare Wellness Index discovered that Ilonggos were able to pay for their medical bills and see their doctors and dentists regularly more often than the rest of the country.

At the same time, though, the survey found Ilonggos as among the most stressed of all Filipinos, being often pressed for time and are unable to get enough sleep frequently.

A total of 1,350 respondents from 22 key cities and towns nationwide aged 18-90 were interviewed for the study commissioned by PhilCare, a leading health maintenance organization (HMO). Of the total sample size, 300 respondents came from the Visayas, 75 of which are from Iloilo.

“PhilCare Wellness Index, the only study that measures the perceived health and wellness of Filipinos, is composed of six wellness domains, namely psychological, physical, medical, nutritional, financial and lifestyle.” said Dr. Paragas. Each domain is, then, composed of several wellness statements.

Unfortunately, Iloilo scored the highest for stress together with Legazpi compared to Bacolod, San Fernando City. Interestingly, Ilonggos spent the most for wellness among Visayans and even more than the rest of the country. Ilonggos allotted about P3,300 monthly for R&R spending, beating Bacolod (about P2,800), Cebu (at least P2,000), Tagbilaran (at least P2,300), and even most other Filipinos (at least P3,000).

PhilhealthCare (PhilCare) is among the top two most preferred HMOs in the country today. It distinguishes itself from other health maintenance organizations (HMO) in the Philippines by advocating wellness as a more holistic approach to health.

PhilCare pioneered the country’s first Wellness index in 2014. Based on the findings of that study, the company introduced the very first prepaid health plans in the country. From prepaid to comprehensive coverage, PhilCare’s extensive line of products covers hospitalization, out-patient and emergency healthcare needs across a nationwide network of hospitals, clinics, and physicians.

Patient Partners Exclusives: To The Next Level 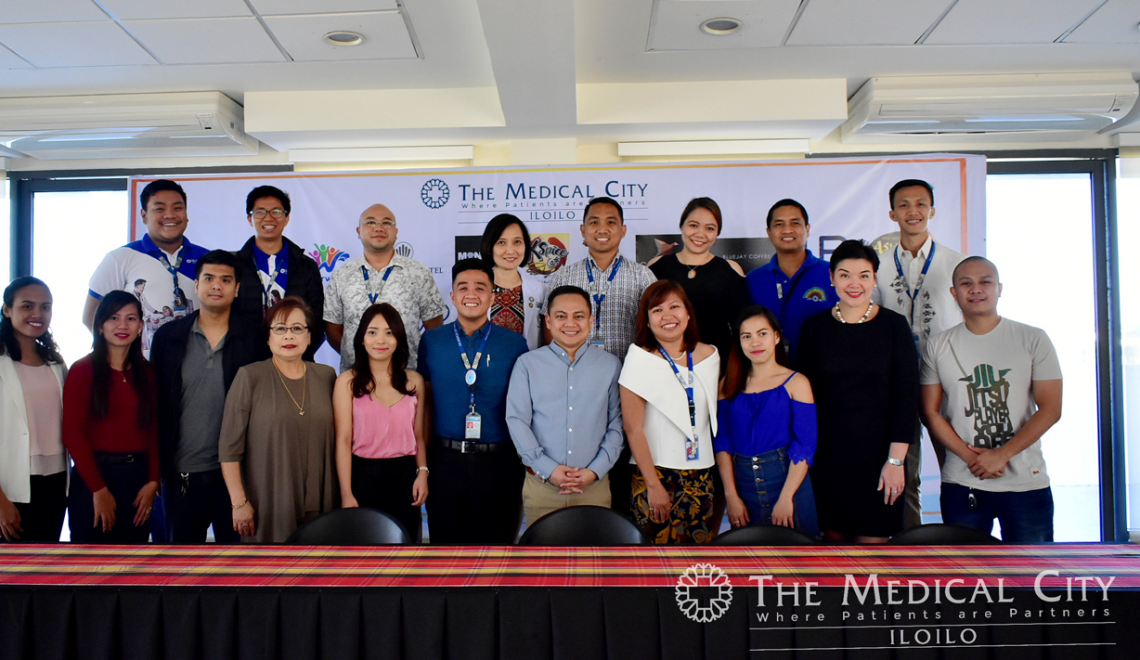 The Medical City (TMC) Iloilo is set to bring “Patient Partnership” to the next level as it officially signs a Memorandum of Agreement (MOA) with its partner brands for its Patient Partner Exclusives Loyalty Card Program on February 6. 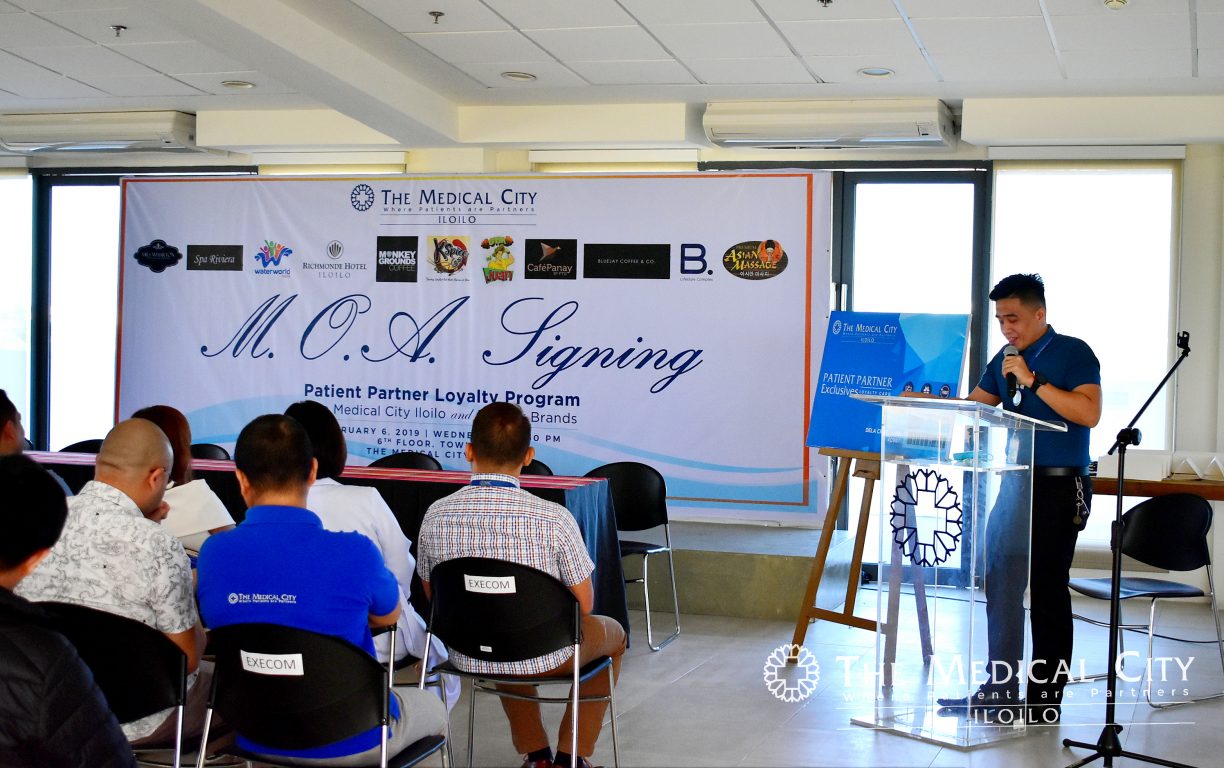 The Patient Partner Exclusives Loyalty Card Program is TMC Iloilo’s way of giving premium to its patient partners. The said loyalty card comes with exclusive perks and privileges in the form of discount coupons from TMC Iloilo partner brands. 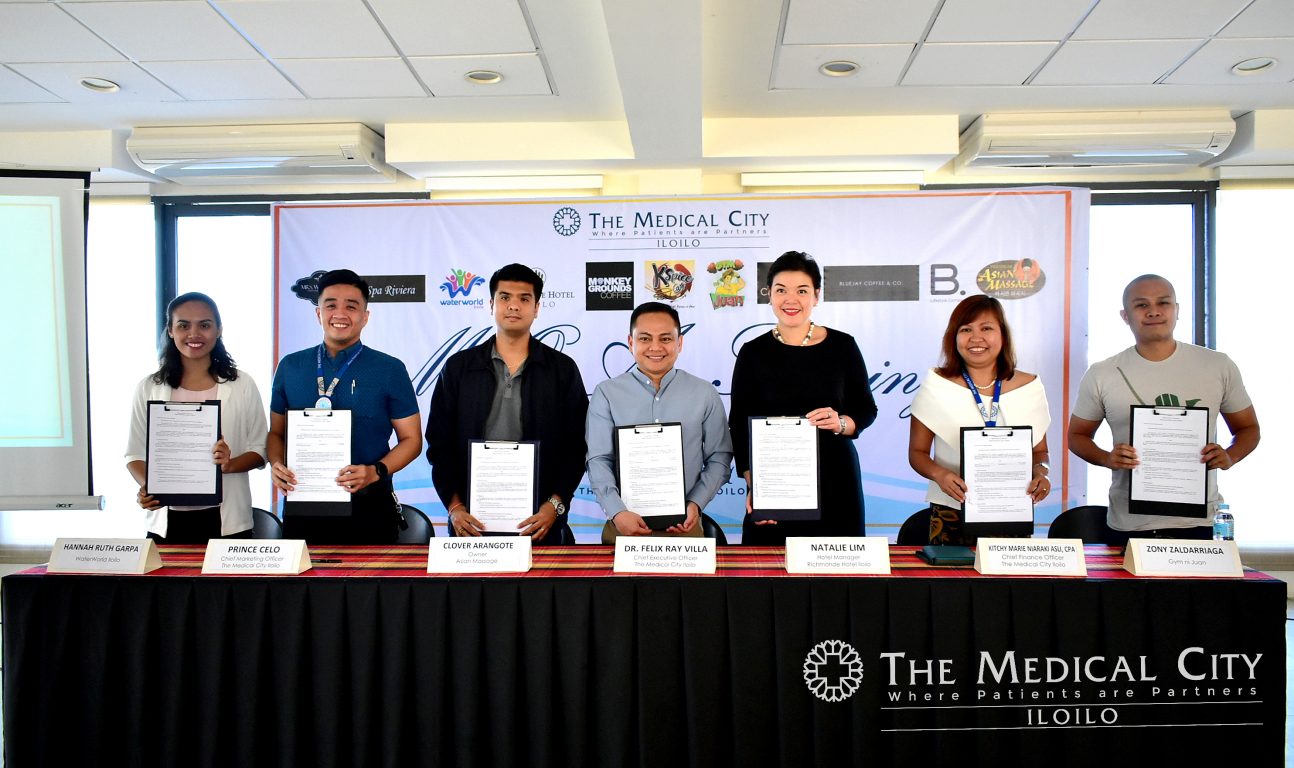 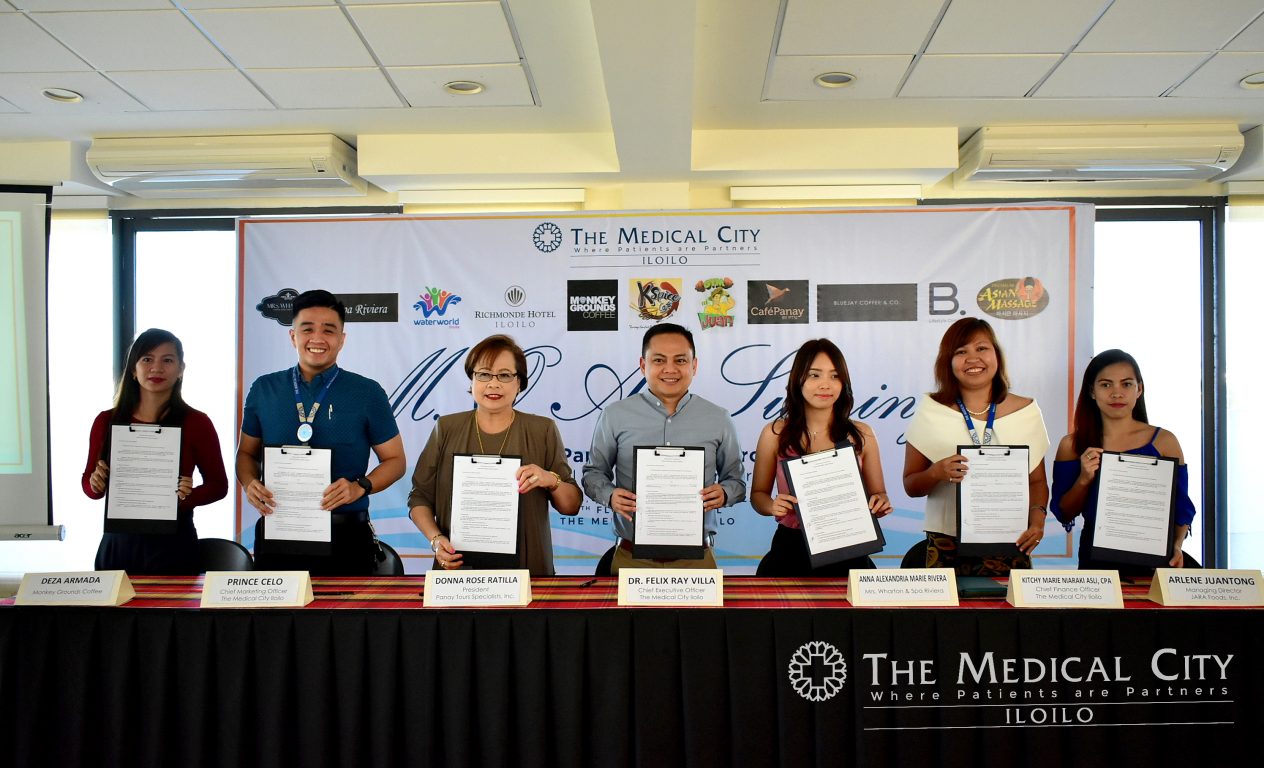 Aside from those perks and privileges, patient registration, payment, access to billing statements and medical results are just one scan away using this card.

“TMC Iloilo is not only considered a trailblazer in terms of healthcare programs and services in Western Visayas. We are also an innovator in providing excellent patient experience,” says TMC Iloilo Chief Executive Officer Dr. Felix Ray Villa. 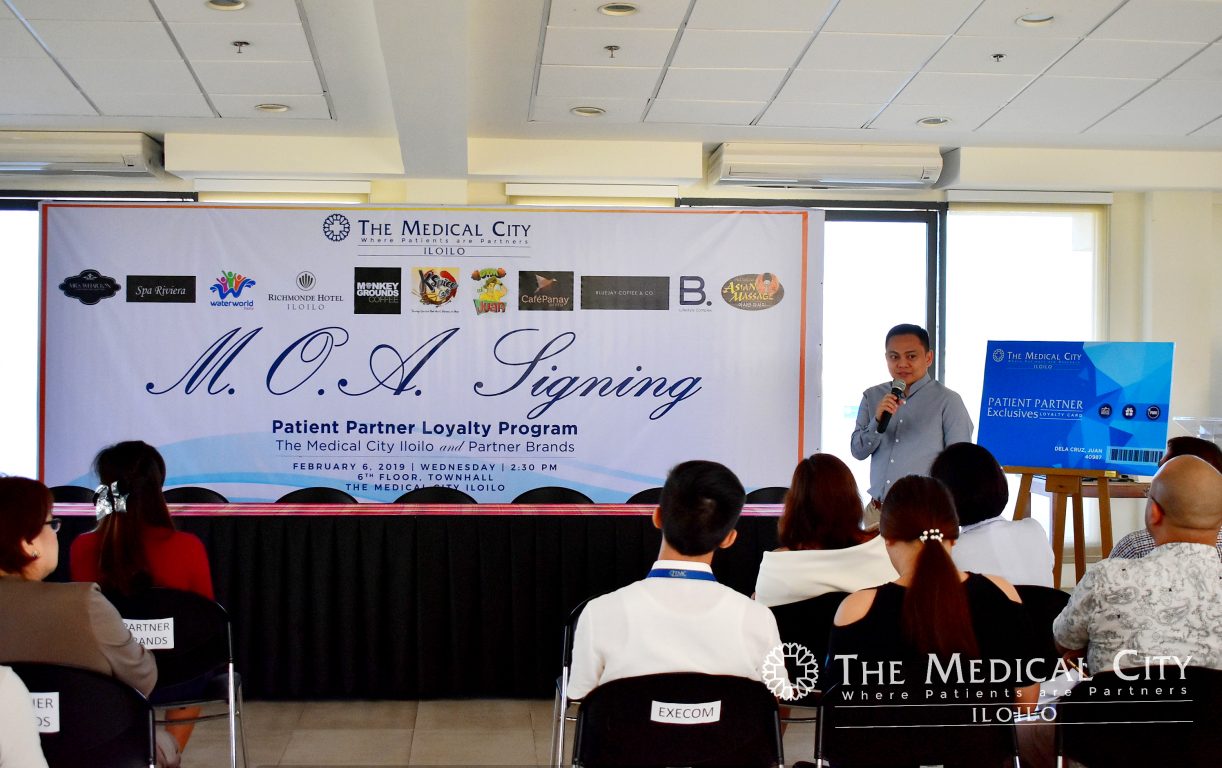 The Patient Partner Exclusives Loyalty Card will be available soon and will be given to all admitted patients upon discharge. 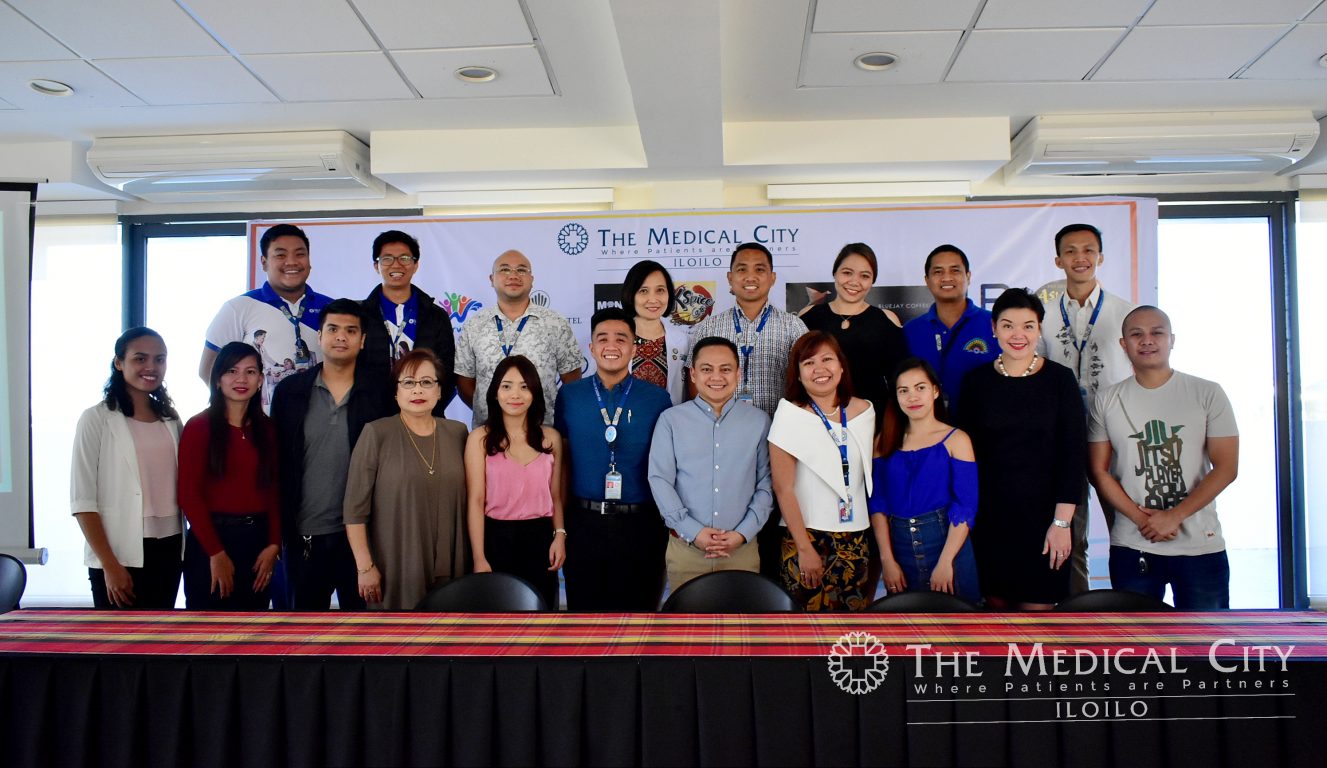 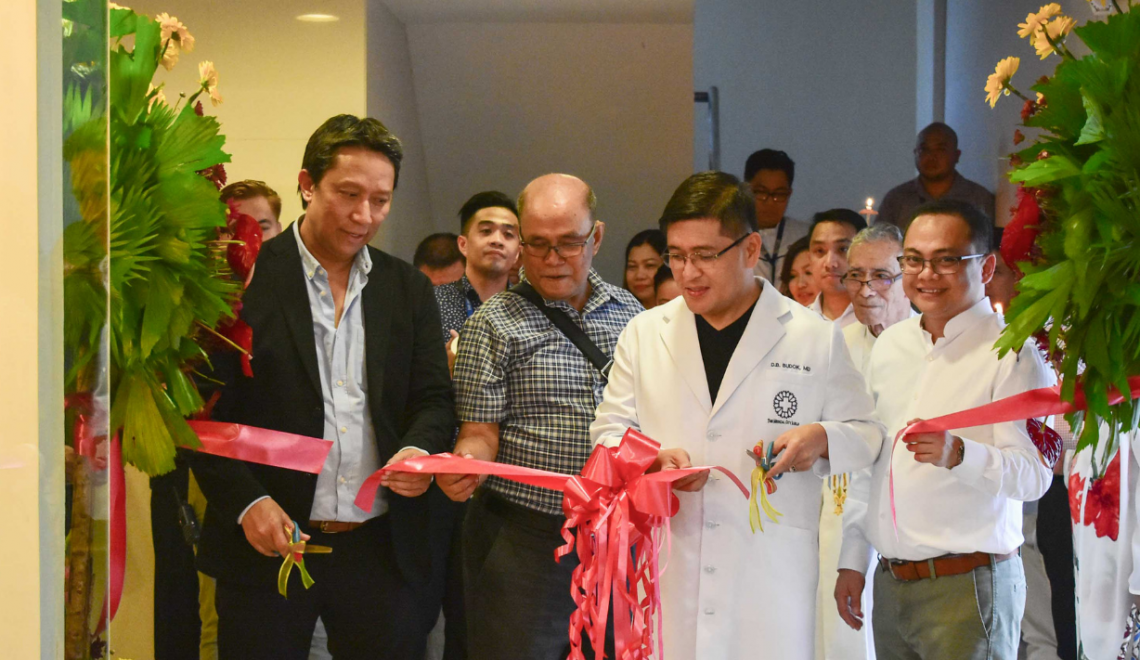 As part of its commitment of bringing “patient partnership” to the Ilonggo community, The Medical City – TMC Iloilo has inaugurated its Sacristy on August 16. 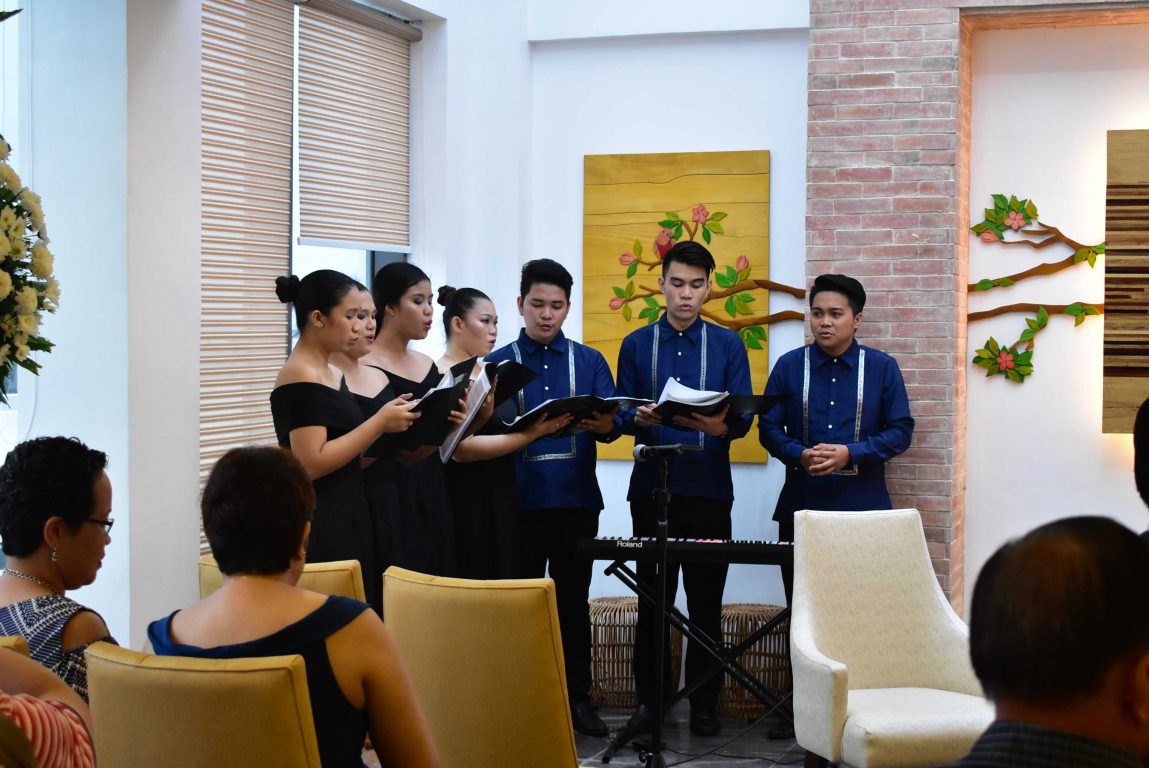 La Musica Embajadores set the mood at the Sacristy with their solemn repertoire.

Located at the 6th floor of the said hospital, Sacristy was materialized through the kindness of Dr. Douglas Budok who donated the said chapel to the hospital and has also been supportive to TMC Iloilo towards achieving its mission of “patient partnership”. 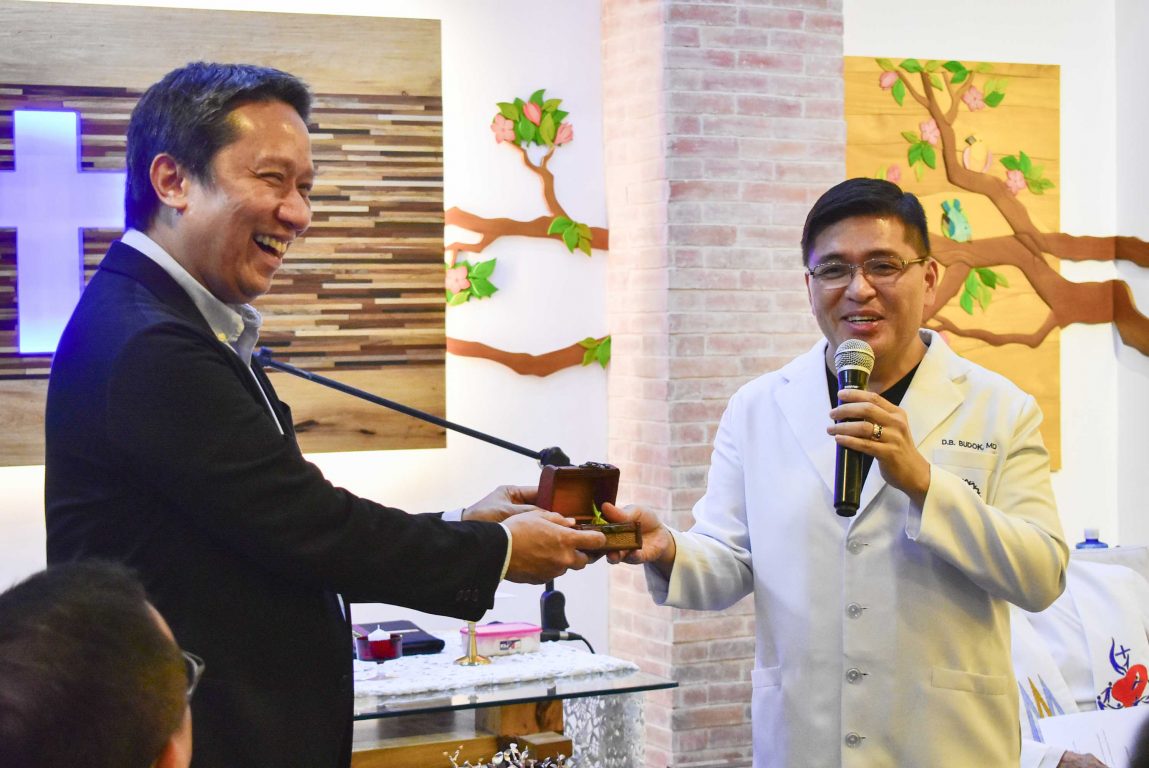 Sacristy was built to give patient partners a place where they can have quiet time for reflection with the aim or bringing holistic health.

“When you look at health, it doesn’t only mean physical, it also needs to be spiritual and emotional because if we do not have that kind of attitude, we will not completely get better,” TMC Iloilo Chief Executive Officer Eugene Ramos noted. 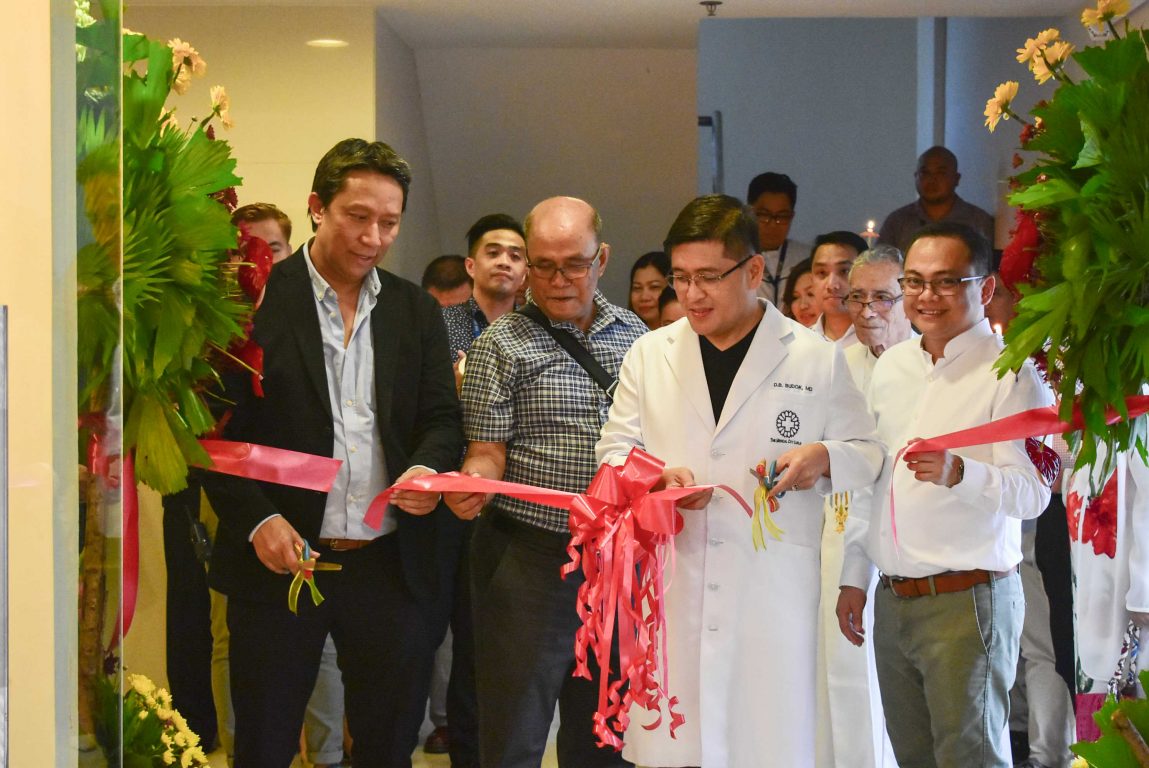 “As physicians, our role is to cure sometimes, to provide relief most of the time, but always to provide comfort all the time. We need to have the time for reflection because that is the only way we can discover our strengths”, he added.

On his part, Sacristy donor Dr. Douglas Budok said that the chapel is a sanctuary where patient partners and their loved ones can have peace of mind, serenity, clarity and acceptance. 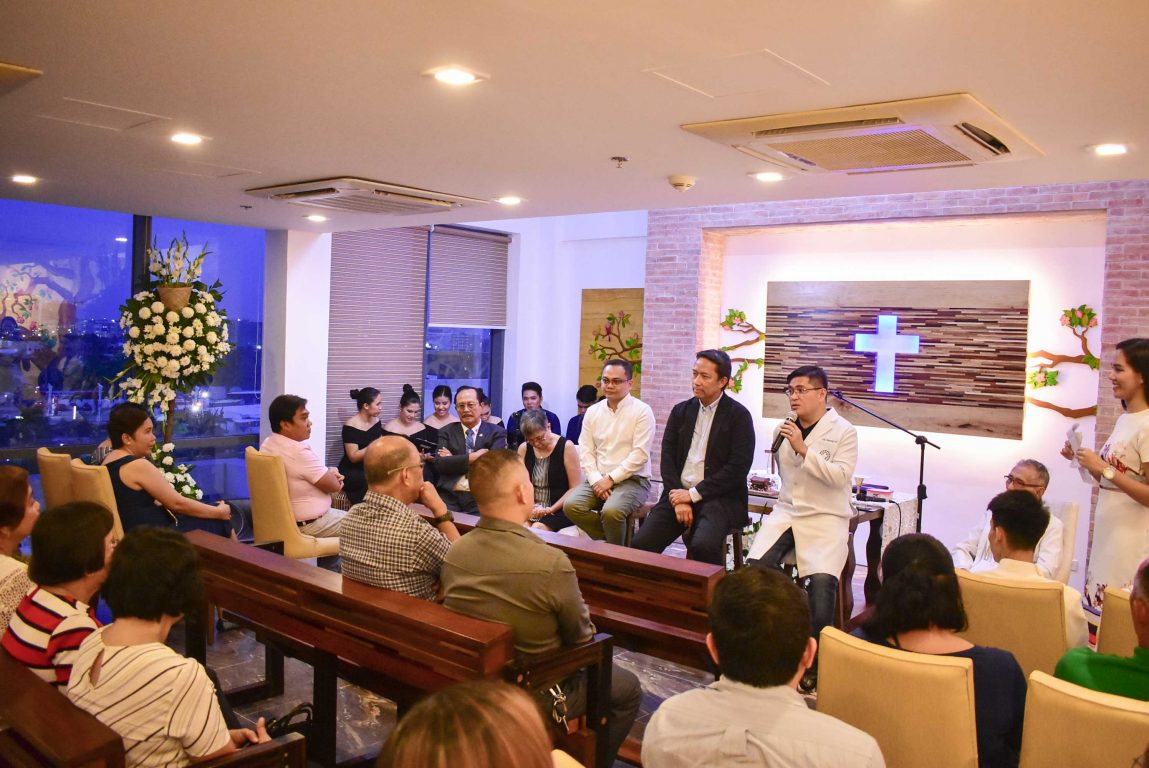 The VIPs of the event share their thoughts on the importance of Sacristy in achieving holistic health and fulfilling TMC Iloilo’s commitment of “patient partnership”.

Conceptualized by Dr. Budok himself, Sacristy’s interiors are adorned with wood carving designs of a tree which represent life and eternity.

The event was highlighted by a turnover ceremony of Sacristy from Dr. Budok to TMC Iloilo and a holy mass officiated by Fr. Ramon Fruto and Fr. Domingo Alimajen. 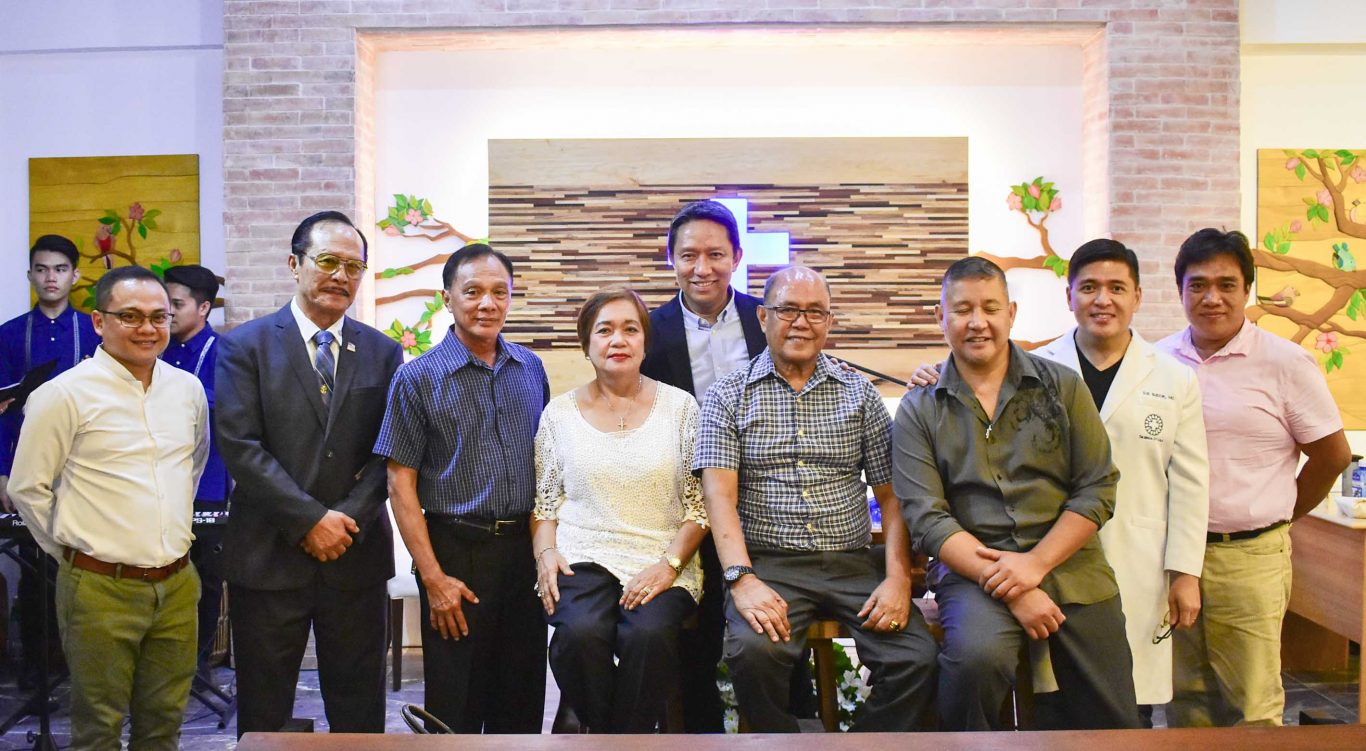 It was graced by the presence of some patient partners who also shared their thoughts on how Sacristy would benefit them towards achieving holistic wellness, highlighting that TMC Iloilo is a patient-centered hospital.

Also present during the event were the TMC Iloilo executive committee, employees and doctors. 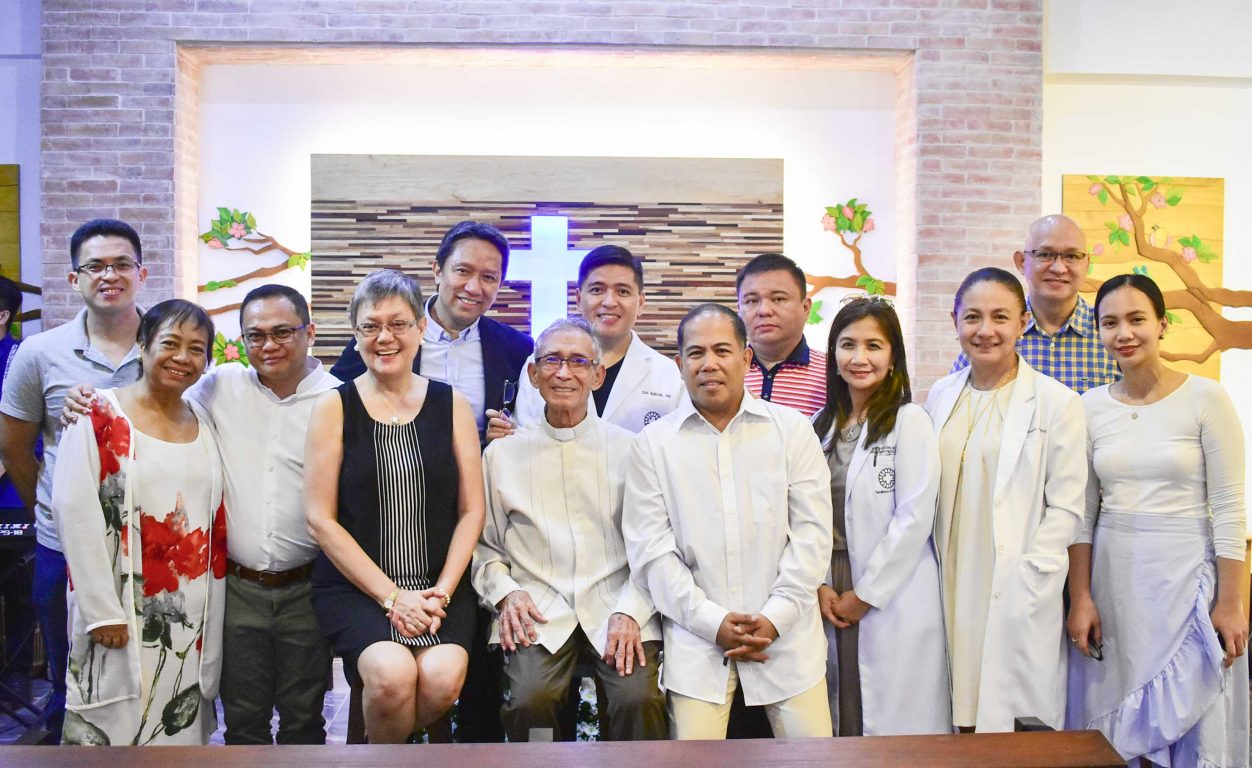 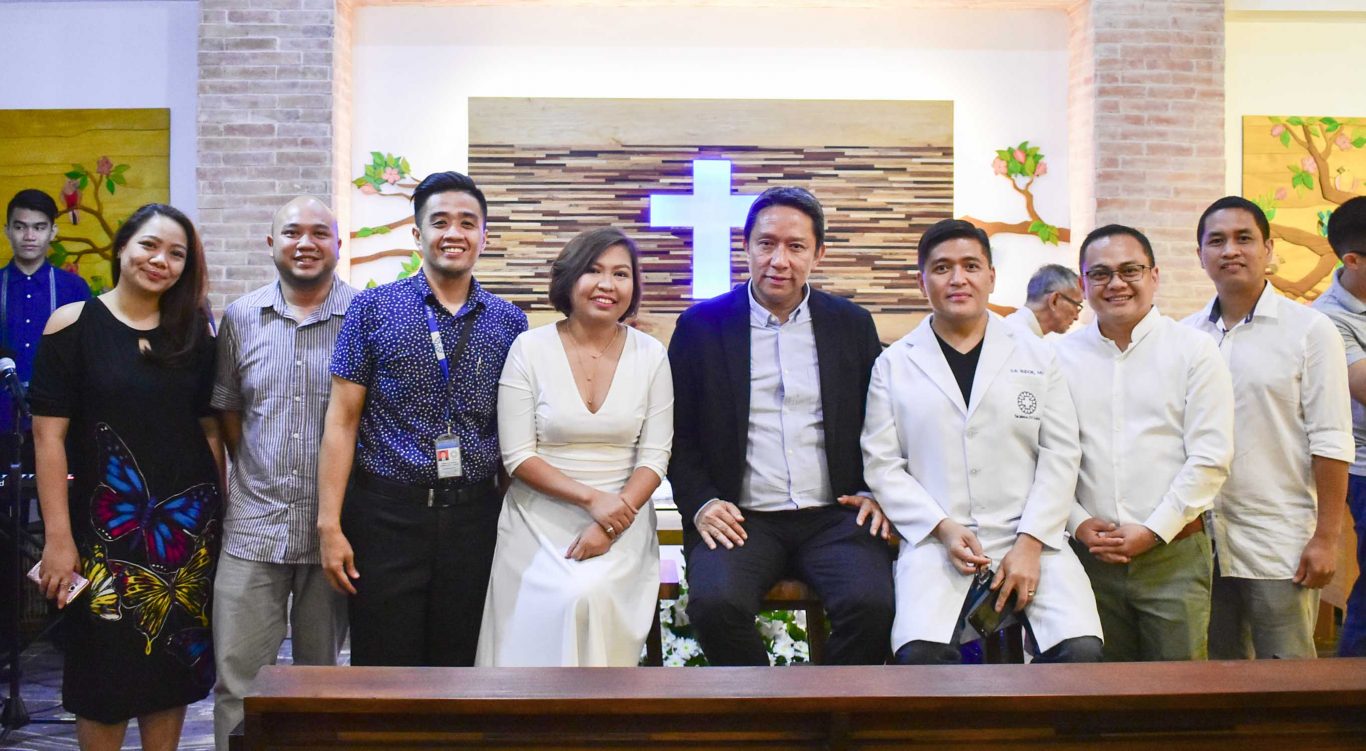 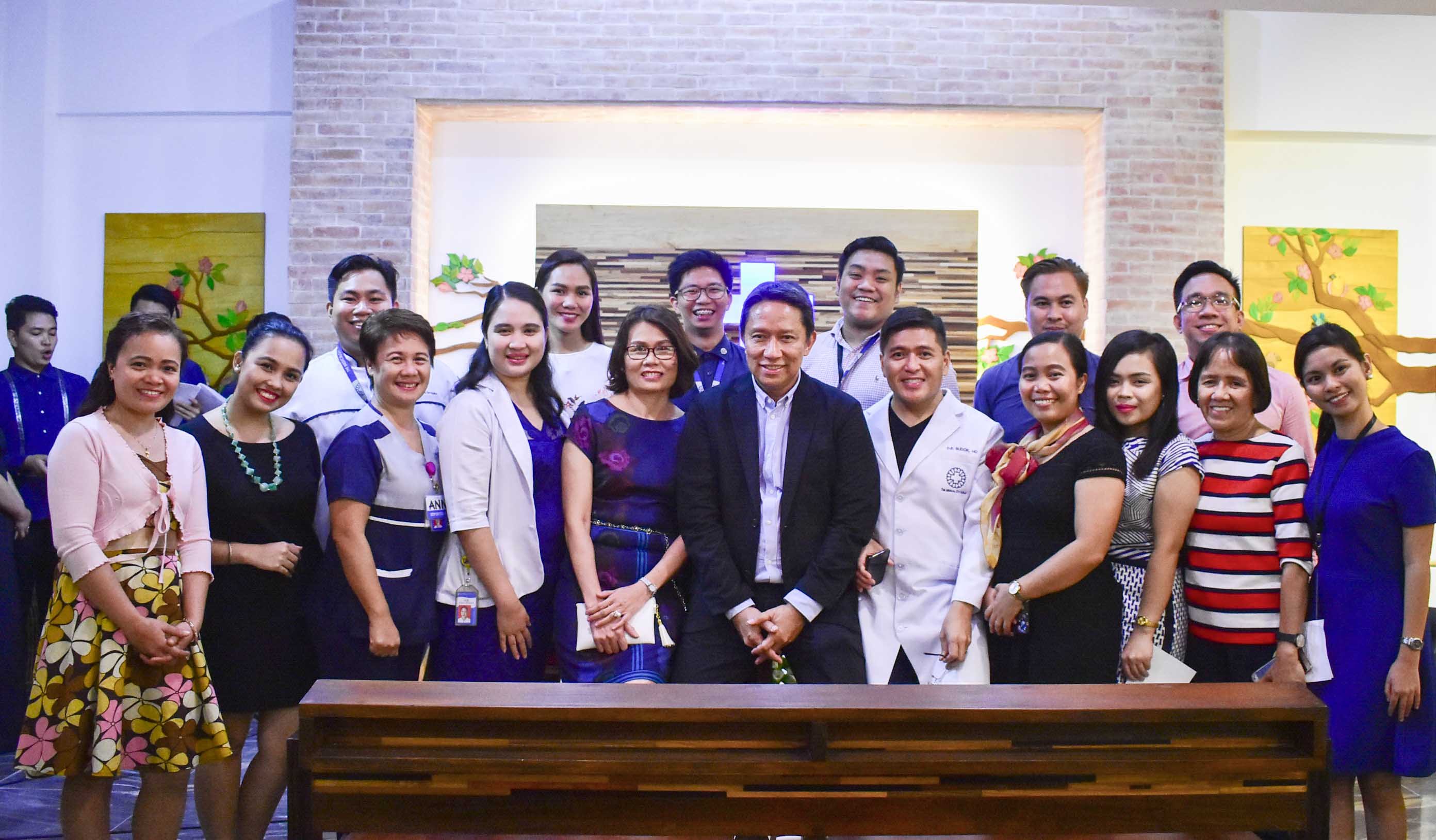 PhilCare Study: Iloilo Topped the Medical Wellness Domain Nationwide
Patient Partners Exclusives: To The Next Level
To Infinity and Beyond: The Medical City Iloilo – 8 Years of Patient Partnership
Event

To Infinity and Beyond: The Medical City Iloilo – 8 Years of Patient Partnership 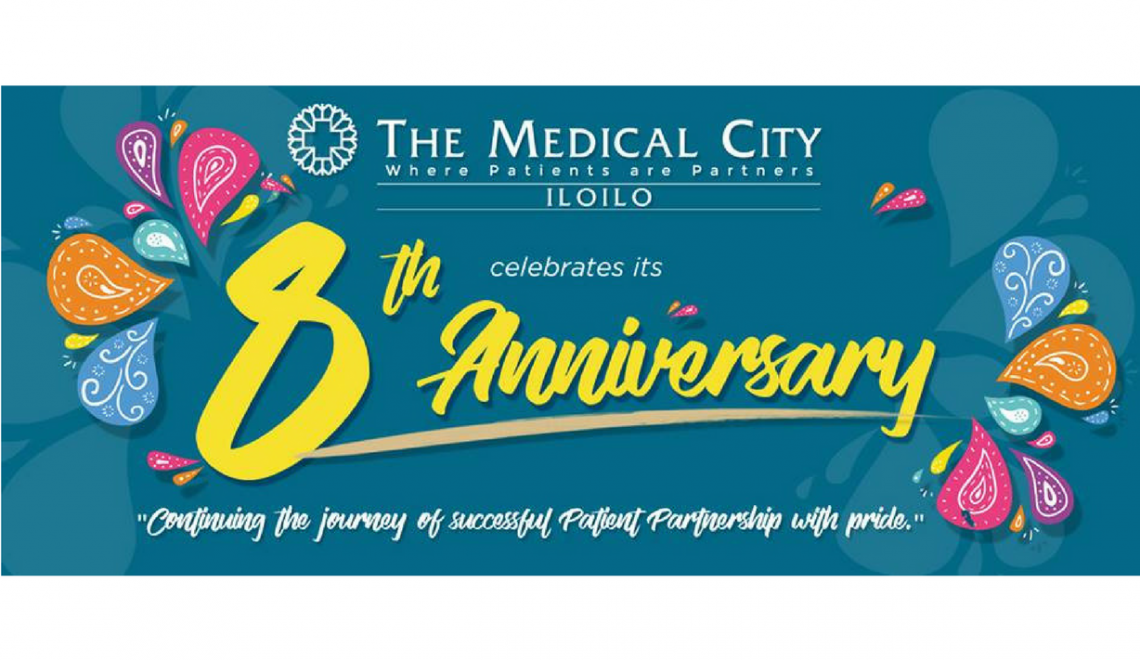 The Medical City Iloilo (TMC Iloilo) is celebrating another milestone this month as it promises to continuously grow as one of the trusted healthcare brands in Iloilo. Now on its 8th year of giving quality and modern medical services to the Ilonggos, TMC Iloilo highlights its commitment of patient partnership.

From being an industry challenger way back 2010, TMC Iloilo is now becoming known as one o the top healthcare brands in Iloilo offering state-of-the-art facilities, topnotch medical specialists and innovative health programs. 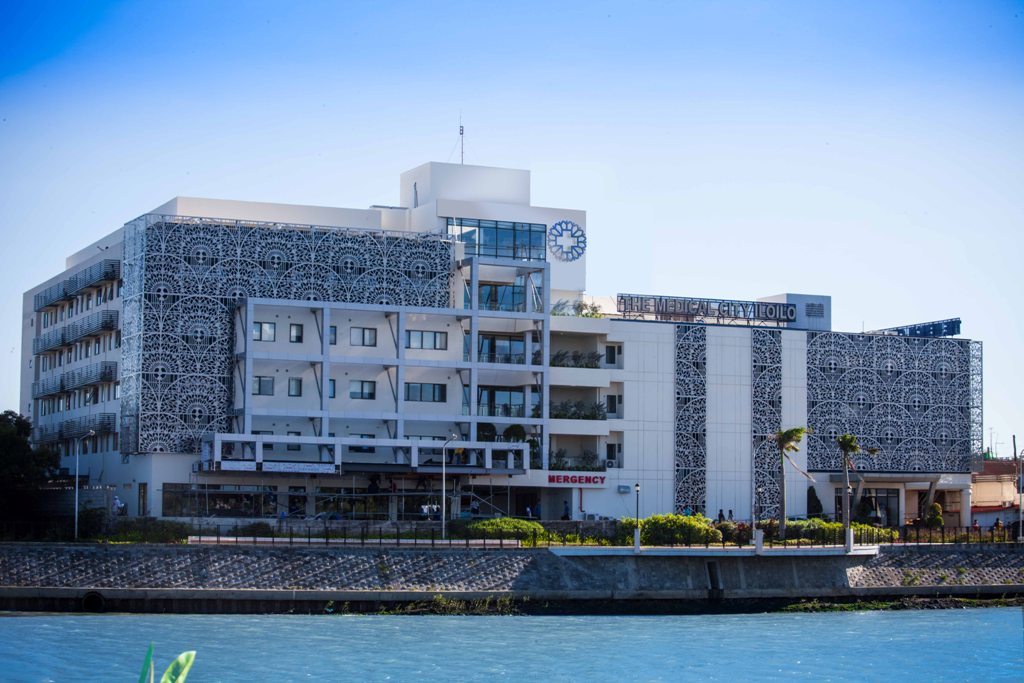 Photo by: The Medical City Iloilo

As it celebrates its 8th year of bringing patient partnership to the Ilonggo community, TMC Iloilo proudly marks new developments that will further prove its commitment:

TMC Iloilo is considered as the first private hospital in Western Visayas Region to have HIV Hub. TMC Iloilo’s I-REACT has been fully awarded full accreditation by the Department of Health (DOH) last January 2018 because of its outstanding performance.

I-REACT offers free HIV screening and counseling. It is also being manned by compassionate and competent HIV counselors and distinguished infectious disease specialist who provides quality health services to their patient partners. Moreover, The Medical City Iloilo is committed to end the stigma of HIV/AIDS in the Philippines by valuing high confidentiality among its patients.

The Dialysis Center is the newest facility of TMC Iloilo. The hemodialysis unit houses 13 advanced stations, each having its individualized monitor for patient viewing and entertainment for the whole course of the treatment. This brings a new kind of experience to its patients as it commits to bring trendsetting technology and total wellness.

As part of its commitment of levelling up its services, TMC Iloilo now houses a research-based institution manned by trained and competent staff. The Medical City Iloilo’s CTRI has a centralized level III Philippine Health Research Ethics Board (PHREB) and accredited by the Institutional Review Board. The said research facility provides intra and extra mural grant assistance for aspiring researchers.

TMC Iloilo is the first private hospital in Western Visayas to adopt PhilHealth’s Z-Benefit Package for CABG. The hospital offers a half a million coverage for PhilHealth eligible patients. The Medical City Iloilo also implements a “No Balance Billing” to policy qualified patients. With this offering, patients will no longer need to fly to Manila or go elsewhere.

TMC Iloilo offers a specialized care for patients with heart attack through its Acute Myocardial Infraction (AMI) pathway which adheres to the standard given by the Joint Commission International. The program follows a 90 minutes door-to-ballon target to ensure efficient management of such conditions. With the competent critical care specialists, the interventional cardiologists and cathlab nurses, patients will be assured to receive nothing but the best medical services. The Medical City Iloilo is the only hospital that offers Catheterization Laboratory Services in the region.

TMC Iloilo is the first hospital in Western Visayas to perform the country’s first Onyx embolization procedure. The said endovascular treatment utilized Onyx brain Arteriovenous Malformations (AVMs) led by Dr. Victor Erwin Jocson. With his impressive medical background being fellow of the University of Western Ontario in Canada for Neuroradiology and in NEURI Bicetre Brain Vascular Center in Paris, France for Interventional Neuroradiology, The Medical City Iloilo takes pride to have medical experts who can handle such complicated cases.

As part of rendering quality healthcare services, TMC Iloilo is now a Residency Training ground for future medical practitioner. The Medical City Iloilo’s Internal Medicine (IM) Program is accredited by the Philippine College of Physicians. This recognition is the first step to TMC Iloilo in becoming a training hospital of future physicians and soon-to-be leaders in the field of healthcare under Internal Medicine.

In a span of 8 years, TMC Iloilo has already proved so much to the Ilonggos. It has evolved into an industry prime mover because of the many firsts that it brought in this part of the country. With its continued commitment in serving its patient as partners, Ilonggos will surely see and experience more breakthroughs in terms of healthcare and medicine in the next few years.

Benefits of Niacinamide, Skincare Wonder?
QuaranSkin: Diamond Soaps and Skincare, Legit?
Face Masks Available Here – Doctor Jack Opens in Guimaras
No images found!
Try some other hashtag or username
Nile on Weekends is a collection and compilation of milestones and journeys.