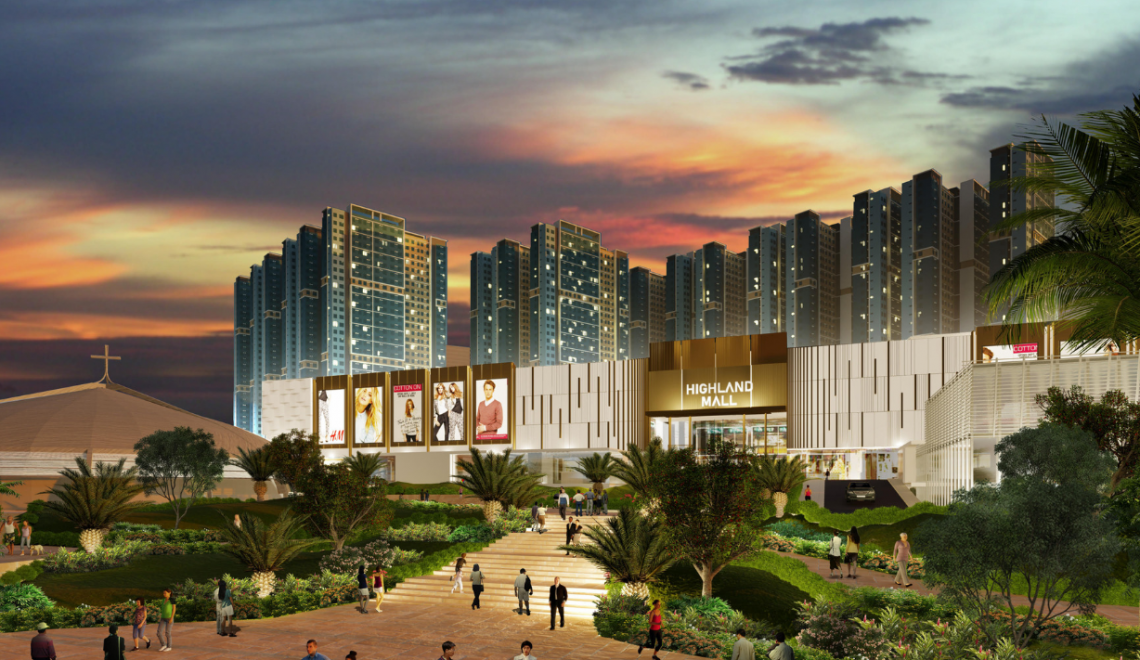 The company’s 24 th township development, Highland City, will host the expansive Highland Mall with a
gross floor area of around 58,000 square meters, rows of residential towers on a highland area, mixed-
use towers, a church as well as open and green parks.

“We are building another Megaworld Lifestyle Mall that showcases another unique character,
complementing the ‘highlands’ or sloped landscape of the property. The Highland Mall will offer around
58,000 square meters of retail spaces,” reveals Kevin L. Tan, executive vice president and chief strategy
officer, Megaworld.

Highland City will be highlighted by the Highland Park, an 8,000-square meter green and open park,
which will house some retail areas and a 500-seating capacity church. The park will elevate towards the
mall and will serve as a ‘grand welcome’ to the township. On both sides of the park will be a six-lane
road which will serve as the main street entrance to the township.

“We are very excited about this new township that will evoke a character of a city sitting on highlands.
Empire East will develop around 38 residential towers on the elevated portion of the township. These
towers will serve as a dramatic backdrop to the vision of ‘Highland City.” Our proposed Highland Mall
under the Megaworld Lifestyle Mall brand will also be a centerpiece of the development. We will
integrate it with an expansive park that opens towards the township’s main entrance,” says Tan.

Forty percent of the entire development will be dedicated to green and open spaces. Aside from the six-
lane main road, the internal roads will be at least four lanes.\

Megaworld and Empire East will spend P20-billion in the next 10 years to develop Highland City. Land
development will commence by second quarter of this year.

Megaworld owns 82% of Empire East Land Holdings, Inc., which has been known for the development of
mid-cost housing developments including several transit-oriented residential developments in Metro
Manila and in other parts of Luzon during the last 25 years. Among its projects include Laguna Bel-Air
and The Sonoma in Sta. Rosa, Laguna; San Lorenzo Place in Makati City; The Rochester and Kasara Urban Resort Residences in Pasig City; Little Baguio Terraces and Mango Tree Residences in San Juan; Covent
Garden in Sta. Mesa, Manila; as well as California Garden Square, Pioneer Woodlands, The Paddington
Place in Mandaluyong City.